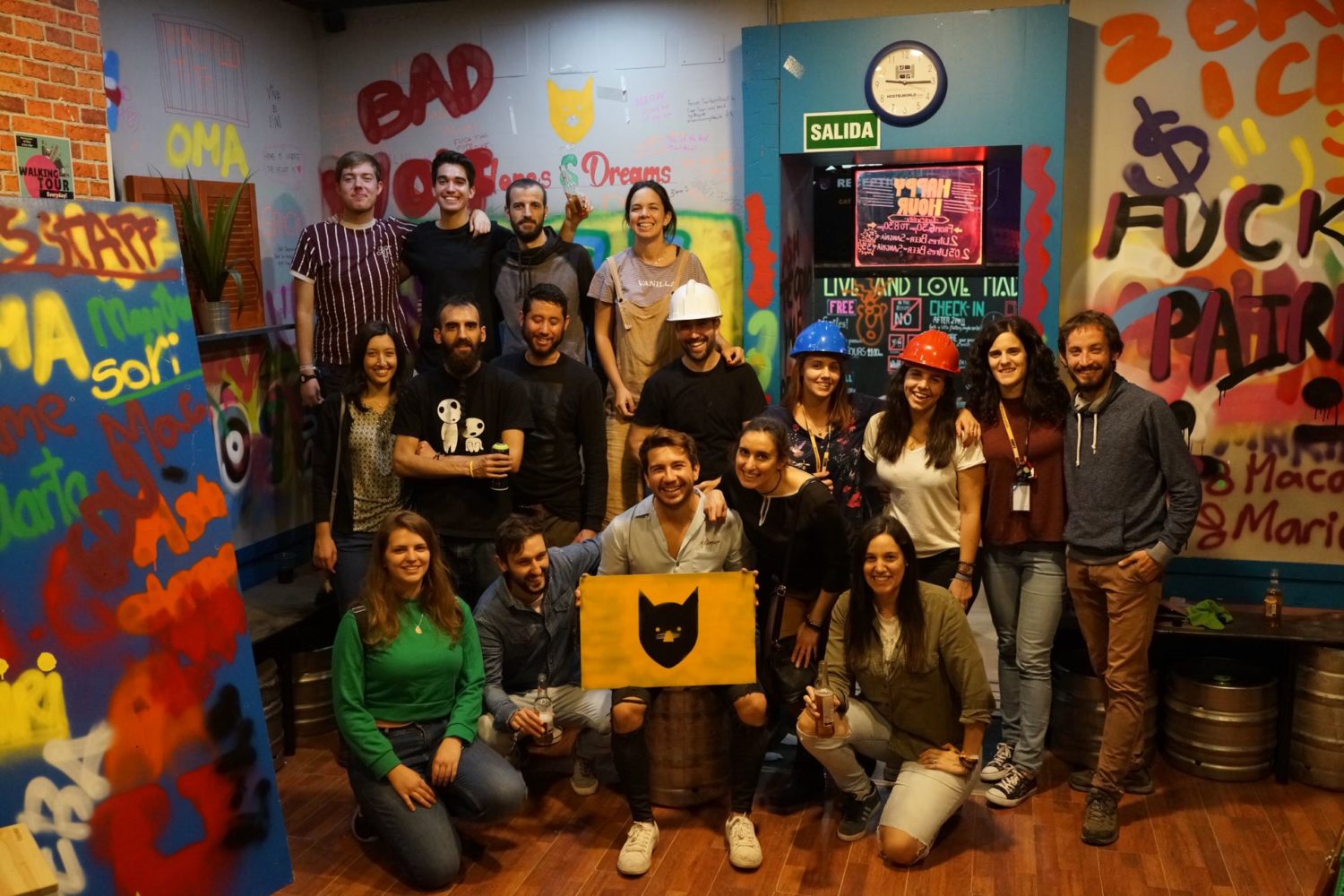 Cats Party Hostel closes its doors for construction to reopen in January 2019 with a renewed image without losing its essence and personality. The goal is to expand and improve both the common areas and the rooms. The Cave and the bar will change to suit the needs of travelers and new common areas such as a kitchen, laundry area, and a hangover area will be added.

Cats Party Hostel Madrid opened its doors in 2004 and soon established itself as a meeting point for travelers who wanted to enjoy Madrid to the fullest. That’s why, since EXCEM Group acquired Cats Hostels last January, the challenge of improving the traveler’s experience was proposed without altering the essence of the original establishment.
“We are going to do a great remodel of our most emblematic establishment in Madrid, where the wonderful adventure of Cats Hostels began, which will turn 15 next year. This reform involves the implementation of the expansion plan of our brand by other Spanish and European cities,” says Marta Herrero, General Manager of Cats Hostels.
The renovation of the Cats Hostels building includes the complete remodeling of the ground floor and the basement, where the bar and “La Cueva” are located, the place that has witnessed the hostel’s craziest parties for years. The new Cats has listened to its customers and will expand the common areas to improve or implement services such as the kitchen, laundry area, and a hangover area.
The new distribution of Cats Party Hostel Madrid plans to increase the number of private and ensuite rooms. In addition, the remodeling of its furniture will include new bunk beds designed specifically to make the guests more comfortable.
The challenge of Cats is to open five new hostels a year in large European cities, to gain 20,000 new beds in the next five years, and to be a benchmark for social hostels worldwide.